Once again, as he has for the past 20-some-odd years, friend and colleague Ed McCarthy organized the Wine Media Guild’s annual Champagne luncheon, this year held in the special-event space at restaurant Il Gattopardo. Ed, the author of Champagne for Dummies, has the finest Champagne palate and deepest store of Champagne knowledge of anyone I’ve met in wine journalism, and the lineup of wines he collected for this occasion exceeded impressive: 20 specimens of the best bubblies around. Here is the whole festive list:

Lists like that are what make Wine Media Guild events important. The chance to taste a battery of wines of this caliber (and cost!) happens only rarely, and for a wine professional the opportunity to taste so many such wines side by side, both by themselves and then with a good lunch, in congenial company and comfortable circumstances – that’s simply incomparable.
. 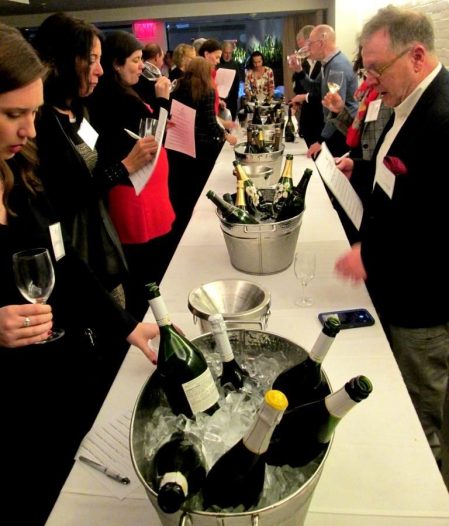 One of the Two Tasting Tables

.
It hardly counts as a spoiler alert to say at the outset that there wasn’t a single bottle of those 20 Champagnes that I would not happily drink for Christmas or New Year’s Eve or my birthday – or tomorrow’s breakfast, for that matter.

Ed likes his Champagne mature, and I can fully sympathize with that. That this Cristal can develop fascinatingly over the next 20 years, and then stay at a beautiful plateau for 20 more, I have no doubt – but I would certainly want to dispel any notion that it wasn’t pleasurable drinking any time before then. Ditto for all the other “too young” wines in this lineup. Yes, they will all get better, more complex, more nuanced, with more age, but none of them was in any way not enjoyable right now.

They may give you more later in their life, but then as now, whether they show their best or not will depend on what food you pair them with. It is true of all wines, but, I think, especially of Champagnes, that the food pairing can make or break the wines. “Buy on apples, sell on cheese” is a universal wine maxim. For example: Our lunch ended with a lovely, light, refreshing dessert, an orange and Grand Marnier custard on pan di Spagna, with which not a single one of these fine Champagnes matched well – not even the lightest entry in the field, Pol Roger’s Valentine Leflaive NV Blanc de Blancs. The light sweetness of the custard made all the Champagnes taste too big, too austere, even bordering on harsh; whereas simple dry chocolate biscotti matched with most of the Champagnes quite decently, and certainly more pleasurably.

So the lesson is, if you’re going to invest in any of these fine and costly specimens, think very carefully about what to serve them with, lest you just throw your money away – or worse yet, decide that you just don’t understand Champagne and give up on the whole genre, which would be a terrible triumph for the Christmas Grinch.

For the sake of those who always ask such questions, I tried to come up with my five favorite Champagnes of the day, but I couldn’t do it. By the most rigorous process of elimination, I came up with eight favorites – and I hasten to stress, favorites on this day, in these circumstances. Here they are, in the order in which I tasted them.

Alfred Gratien Cuvée Paradis 2009: As I am, Ed is a fan of Gratien, a Champagne house not as well known in the US as it deserves to be. My quick note on this wine says simply “meaty and very, very good.”

Piper-Heidsieck Rare 2006: “Something special – outstanding,” Ed said of this wine, and I agree completely. 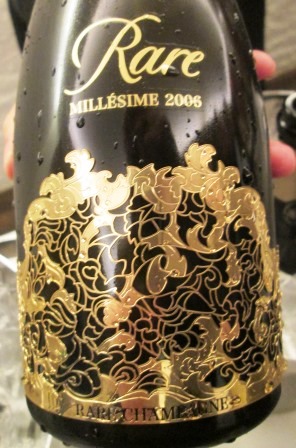 Henriot Cuvée Hemera 2005: Another Champagne house better known and more esteemed in France than here, and another long-time favorite of both mine and Ed’s. I found it very elegant; he said it was “drinking beautifully.” 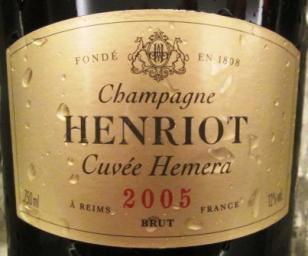 Louis Roederer Cristal 2008: What more can one say of Cristal?  This is a great wine that deserves all the praise it gets. 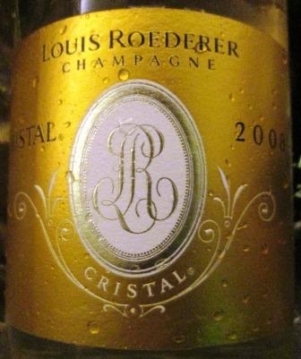 .
Pol Roger Cuvée Sir Winston Churchill 2006:  Yet one more of my long-time favorites, always big and elegant. Ed called it “outstanding,” and I agree. 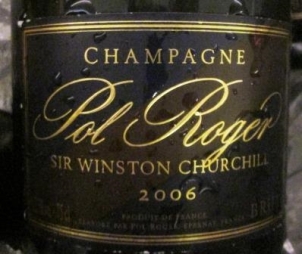 .
Bollinger La Grande Année 2008: One of the biggest, deepest wines in the whole lineup. Classic Bollinger, structured and complex, this is definitely a wine that will last for decades. 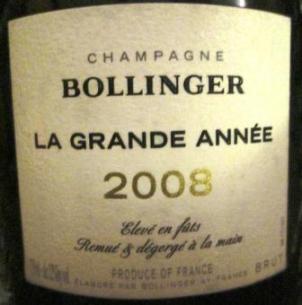 Krug Grande Cuvée 168ème édition:  Krug achieves with its NV the kind of distinction that other houses match only with their tête de cuvée, and it does it year after year, here for the 168th time. How’s that for consistency? 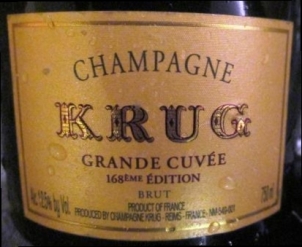 So there you have it, in all its sparkling splendor. The only thing I can add is to wish you all a joyous Christmas, Hanukkah, Kwanzaa, Saturnalia, Yule, or all of the above, as suits your seasonal inclination: May your days be merry and bright, and only half of your wines be white.