I have always enjoyed Port wine in its different forms as well as Madeira but until recently,  I have not had the opportunity to drink them.  Michele and I decided to go to Lisbon and I was looking forward to enjoying Port and Madeira there, but by coincidence, just before we left I attended a friend’s birthday dinner were they were served Then a few days after we returned, the Wine Media Guild held a tasting of Portuguese wine.

At a special dinner at Gramercy Tavern

D’ Oliveira Reserva Verdelho 1966 Madeira The grapes are harvested, crushed, pressed and then fermented in stainless steel or oak. With the Verdelho grapes the skins are removed to produce this dryer style of Madeira. The winemaking process involves heating the wine. Fermentation is stopped with brandy and the time of adding the brandy depends on the grape variety. Verdelho gets the brandy on the fourth day of fermentation. The wine is put into large wooden casks which stand in a heated room. The cellar master tries to keep the characteristic taste of the shipper when blending different wines together. The age given on the label indicates the youngest wine in the blend. Blended wine with the name of the grape on the label must contain at least 85% of this grape. The other 15% can be other varieties, usually Tinta Negra Mole.

Vintage Port 1963 Graham Declared by all major Port houses, 1963 was a monumental vintage against which others are now judged. This is a classic vintage port, which will still last for a number of years. 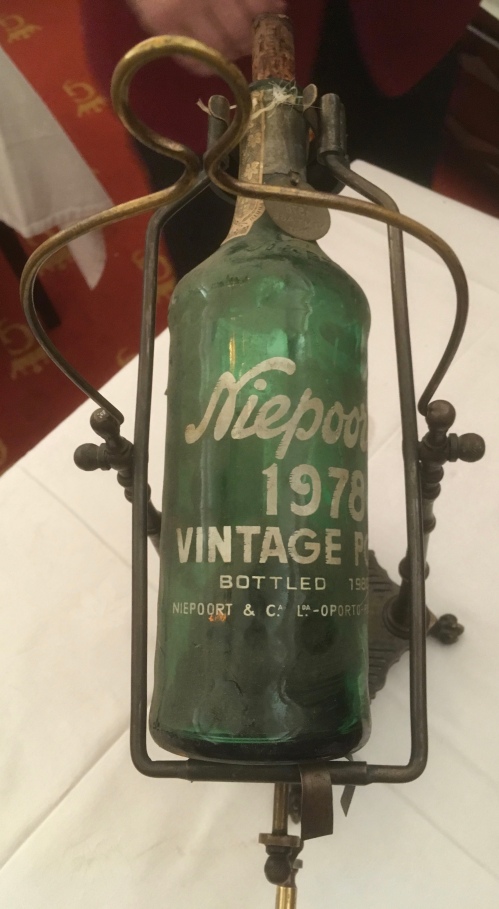 Niepoort Vintage 1978 Vintage Port This was not a generally declared vintage but it was a year in which many Single Quinta Vintage Ports were produced. This was a great way to end a meal as the finish and aftertaste of the Port went on and on. 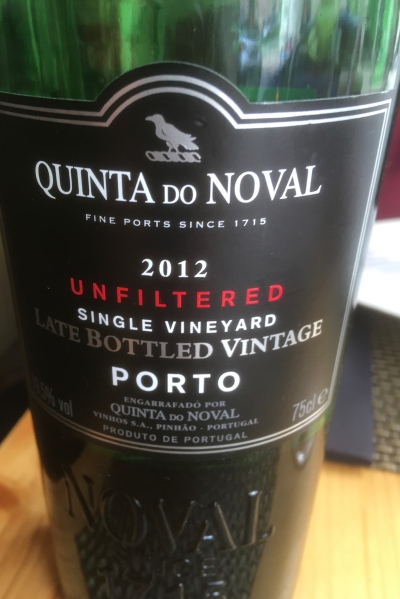 Quinta do Noval unfiltered single vineyard port 2012. Made exactly like a Vintage Port with only noble grapes from the Quinta. The grapes are crushed by foot and the wine is unfiltered. It is aged in casks for 4 or 5 years instead of the 2-year aging for Classic Vintage Port. The wine has nice flavors and aromas of black fruit and a touch of prune. It can be drunk now but will improve with age. 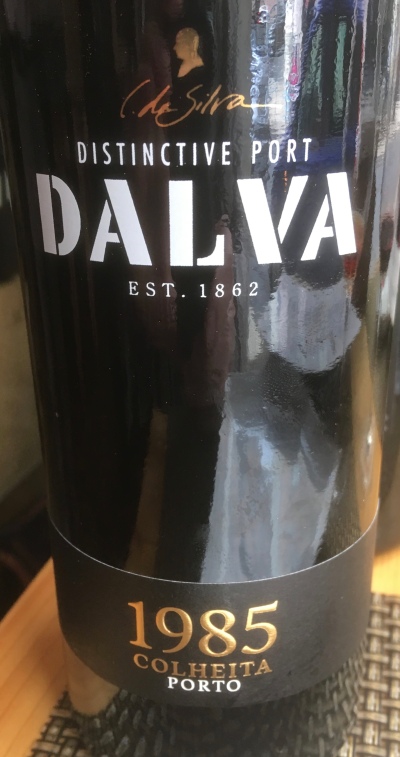 Dalav Colheita Port 1985 Port from a single year harvest. Instead of an indicator of age like blended tawny (10,20,30, 40…) the year is always on the label. It should not be mistaken for a Vintage Port because the Colheita must age for a minimum of seven years in oak casks. This is an elegant wine with a lot of aroma and flavor of dry fruit, spice, honey, nuts, cinnamon and a very pleasing finish and aftertaste. I really liked this wine and a brought back a few bottles. The wine does not develop significantly in the bottle.

Kopke 20 years Old Tawny Port matured in wood. Grapes are hand picked, destemmed and crushed and made into wine by a careful maceration to extract the color, tannins and aromas, enhanced by constant churning during fermentation. Fermentation takes place in vats (lagares) at a controlled temperature (29 to 30 C )until the right degree of sweetness (balumè) is achieved. Grape brandy is added to create the final fortified wine made by blending different vintage to achieve the typical characteristics of aged Tawny Port. The wine is then matured in casks.

Valriz Porto 20 years old Tawny Port made from Tinta Amarela, Tinta Roriz and Tounga Franca. Aged in large chestnut casks. The wine has hints dried fruits, almonds, hazelnuts and spice. We had the 10 year old and the 20 year old side by side.  The 20 year old was well worth the extra money.

Quinta do Vallado 20 year Old Tawny This is a fortified wine made mainly from Touriga National, Touriga Franca and Tinto Cä from old vines plus 5 other indigenous grapes. The grapes are handpicked from the estate vineyards. Because port wines are intended to be sweet, fermentation is arrested half way through the process, before all the residual sugar has been fermented. Fermentation is halted through the addition of grape spirits, thus producing a fortified wine. The wine is aged in 600-liter old oak casks and other oak vats for years during which time the complex aromas and flavors can develop. It is a rich, nutty wine with aromas of dried fruit and a touch of smoke. The alcohol is 20%.

C.N. Kopke Porto Colheita 2007 (White Port) Fermentation takes place in stainless steel vats where the grapes macerate and are churned with their skins on at temperature between 16 to 18 C. This produces a wine with color and structure that can sustain a prolonged aging in oak. The fermentation is halted by adding grape brand and thus creating a fortified wine. A Colheita wine matures in oak barrels for a period of time that can vary but never less than 7 years. It is bottled and sold according to the demands of the market. The wood aging is a perfect combination with the stone yellow fruit and the hints of citrus. There is mingling of the acidity and sweetness, which gives the wine an elegant and delicate finish. This was the first time I had a white Colheita Port and I will drink more.

Taylor Fladgate Quinta de Vargellas 1986 Single- quinta (single vineyard) vintage port is produced only in exceptional years in which a general vintage is not declared. Quinta de Vargellas has the highest percentage of old vines of any quinta in the Duro, with 60% over 75 years old. All of the grapes undergo the traditional foot treading method. Fermentation is halted by the addition of grape spirits before all the sugar has been fermented producing a sweet fortified wine. The wine is aged for two years in wood and then bottled unfiltered and will continue to age in the bottle for years. This is a wine with black fruit aromas and flavors and a hint of prune. 1986 was not a generally declared vintage.

Broadbent Boal Madeira 10 year old made from a white grape. The alcohol is 19%. This wine is about $30 and it was so smooth and velvet-like that it was almost too much!