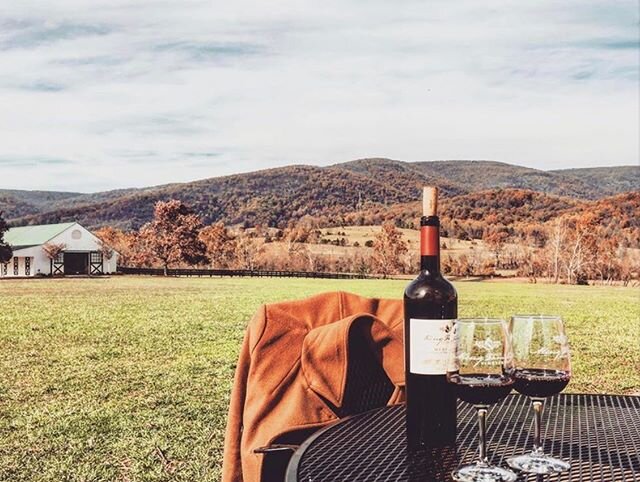 The first time I visited Virginia wine country, I was a graduate student at the University of Virginia in Charlottesville. That was the late ’70s – long before I knew anything about wine; I was an aspiring Italian Renaissance art historian. It would be decades before I’d become a wine writer and write about the Italian trader Philip Mazzei, who sailed from Europe in 1773 with 10,000 vines —  America’s first vitis vinifera— destined for Thomas Jefferson’s Monticello estate nearby. In 1979, I didn’t yet know that Jefferson, George Washington, and other colonial leaders were investors in America’s very first commercial wine outfit, the Virginia Wine Company. 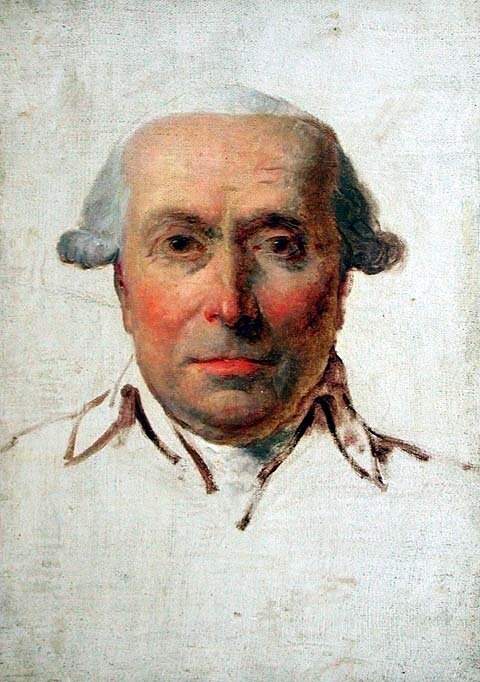 PHILIP MAZZEI, WHO BROUGHT IN THE FIRST VITIS VINIFERA TO THE U.S. PORTRAIT BY JACQUES-LOUIS DAVID (1790),

Nor did I know that a century earlier, Jamestown settlers had arrived to find native vines “in great abundance…that climbe the toppes of the highest trees,” as Captain John Smith wrote when recounting his 1606 expedition up the Chesapeake. To avoid drinking the muddy tidal waters, those settlers made wine with such native grapes as scuppernong, muscadine, and catawba. In 1619, to encourage this more healthful form of drink, the colony’s first house of representatives, the Virginia House of Burgesses, passed one of its first bills, Acte 12, which required every male colonist to plant and tend at least 10 grape vines.

Back in 1979, all I knew was that a day visiting the half-dozen wineries around Charlottesville was a very pleasant diversion from my studies. The wine, however…let’s just say it was not as alluring as the rural scenery.  I remember some wineries bottling literally dozens of grape varieties, regardless of whether they were appropriate to Virginia’s humid, subtropical climate or not. (The state gets twice the rainfall of Bordeaux.) No matter how iffy, those wines would get snapped up during UVA’s Parents’ Weekend nonetheless.

Some of that indiscriminate planting was still going on when I returned for a visit in 2008, but much else had changed. The half-dozen Charlottesville wineries had grown to 16, organized along a Monticello Wine Trail. Serious quality wine was coming out of new properties like King Family Vineyards, Pollak Vineyards, and Veritas Winery, as well as old stalwarts like Barboursville Vineyards. As a region, they’d found their voice, above all in viognier and cabernet franc. 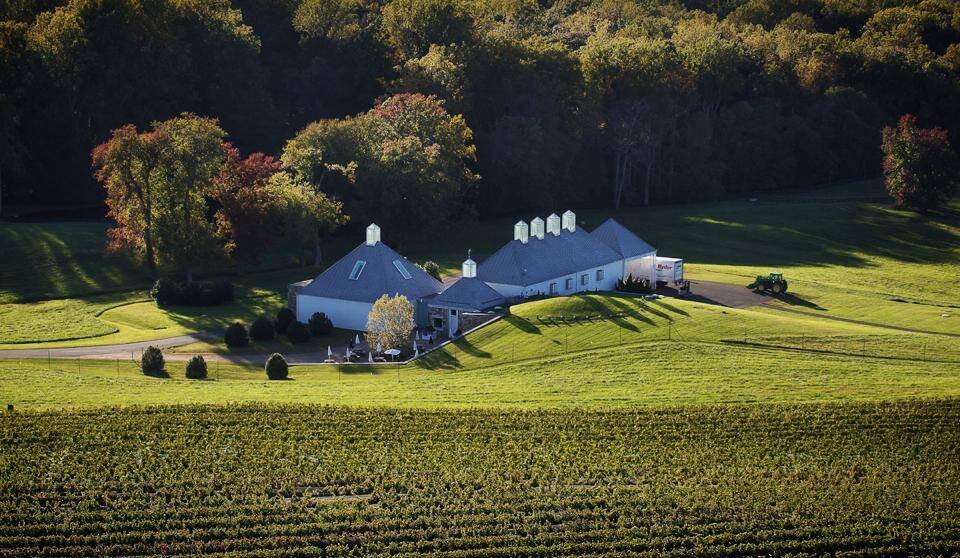 A recent tasting by the Wine Media Guild brought me up to speed on Virginia winemaking as a whole. I can safely say it’s come a long way, baby! Across the state, there are now 276 wineries, with 85% of vineyards planted to vitus vinifera. The sampling we tasted — 21 wines from 10 wineries — showed a new maturity of approach. The wineries had reaped knowledge from the school of hard knocks about what grows best where. In addition to viognier and cab franc, Virginia’s wineries have homed in on an obscure white grape from France’s Jurançon region, petit manseng, and have simultaneously taken their red blends to new heights. They’d also cast aside last decade’s obsession with extraction for a new, refined balance. 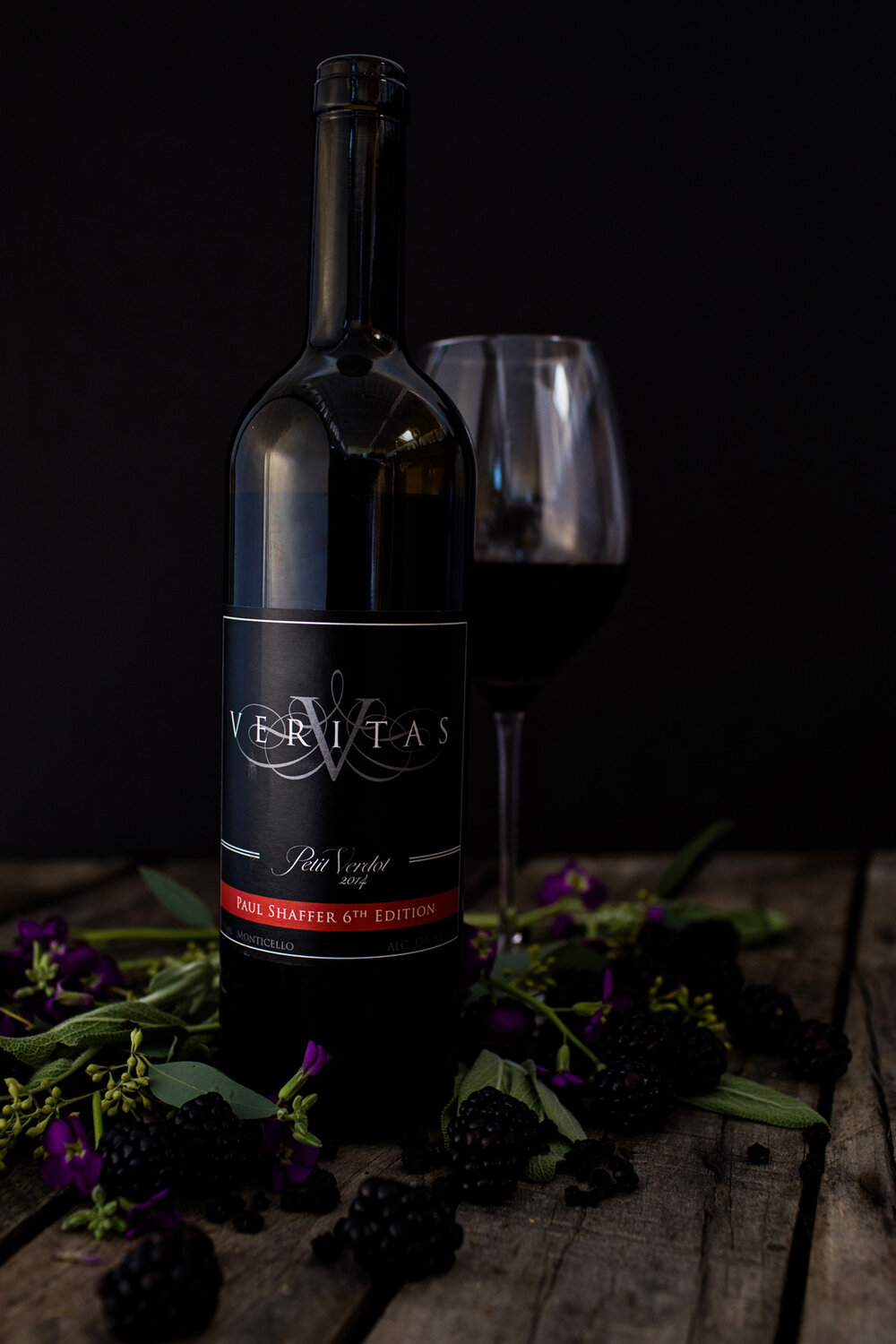 VERITAS’S FLAGSHIP PETIT VERDOT, A GRAPE THAT DOES WELL IN ITS ADOPTED HOME

The four petit mansengs presented to the Wine Media Guild were done in completely different styles — a testimony to the grape’s versatility. Glen Manor Vineyards’ was off-dry, in the typical Jurançon style. Michael Shaps Wineworks’ was golden-hued and nutty, with a strong impression of oak. Williamsburg Winery — whose property includes land once owned by colonist John Johnson, who planted a vineyard there after Acte 12’s passage — took a dry, lean approach. My personal favorite came from Paradise Springs Vineyard. It too was on the dry side, but at the same time effectively underscored petit manseng’s lovely peach and tropical fruit. 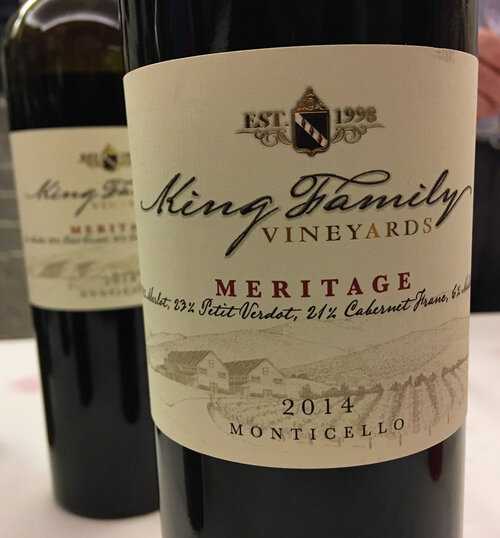 The consensus among this group of wine writers was that the red blends were more successful than the pure varietals. I’d agree, though I found Veritas’ flagship petit verdot absolutely scrumptious: smooth in texture and bursting with blueberry, blackberry, and chocolate flavors. (I remember liking it in 2008, too.)

But yes, the red blends were the standouts. All tended to stick with the classic Bordeaux varieties, though ringers could also be found, such as Paradise Springs’ PVT, a juicy petit verdot/tannat 50/50 blend. Boxwood Estate Winery, from the new Middleburgh AVA (one of seven in the state), brought two blends that I starred in my tasting notes — Topiary and Trellis — and my old friend King Family Vineyards brought two other favorites, called Meritage and Mountain Plains. All possessed elegance, polish, and an appealing balance of ripe fruit with velvety tannins.

Something tells me I’m overdue for a return visit.

For more about Virginia wines, see the Virginia Wine website.